A new view on Stress. 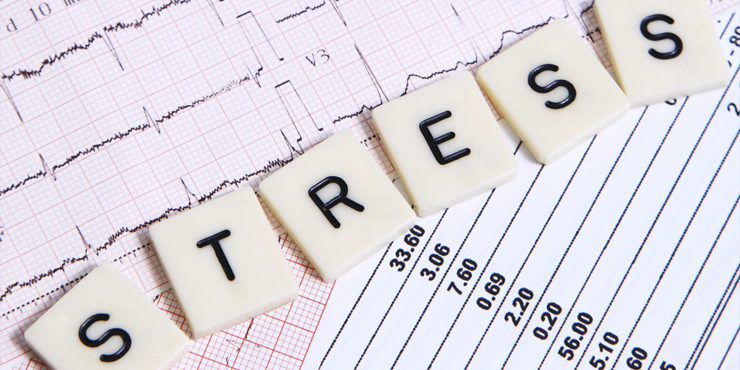 How many times this week have you heard yourself saying “I’m stressed?”  Chances are when you said it, you were trying to convey something about a state you didn’t like and didn’t think was good for you: maybe a tense neck and shoulders, maybe a racing mind, maybe difficulty sleeping.

But what if everything you knew about stress was only part of the story you need to know?

The role of mindsets
In a Harvard study published last year, researchers set out to see if it was possible to adjust what we think about stress and see if that had any impact on the body’s response to stress as well as peoples’ behaviour.  They explored the idea that all of us hold a mindset about stress.  A mindset is a lens we use to view our experiences, to organise and make sense of the world in the midst of complex information.  Examples from previous research have shown that adopting particular mindsets influences aging (positive mindset adds 7.5 years to life), food consumption (feeling full is very affected by what you think you’ve eaten rather than the nutrient value) and exercise (if you think you’ve had the recommended amount of exercise, your health improves).

What is a stress mindset?

Stress mindset refers to the expectations we have about what stress is, i.e., good or bad.   The two stress mindsets researchers explored were “stress is debilitating” (most of us would probably unconsciously hold this one) or “stress is enhancing.”

The example they give is seeing an impending deadline as highly stressful but still have a stress-is-enhancing mindset i.e., believe that experiencing that stress will ultimately result in enhancing outcomes. Or, one may also appraise the impending deadline as highly stressful but may have a stress-is-debilitating mindset i.e., expect the stressor to debilitate health and vitality.

Most of us could recite some of the harmful effects of stress. It has been linked to physical health issues (heart disease, cancer, liver disease); work issues:  (absenteeism from work, loss of productivity); and mental health issues (depression, aggression, relationship conflict).  To most of us, stress is “negative” or something to avoid or manage.

So how did they change peoples’ mindset?

Each group watched short film clips with factual information oriented toward defining the nature of stress in one of two ways (stress-is-enhancing vs. stress-is-debilitating).

There were three short videos shown over a week in each condition.

In the “stress is enhancing” condition, participants were shown examples of people who have experienced adversity and triumphed over it. Examples included the US pilot landing on the Hudson River showing great performance under pressure, and historical leaders like Churchill and Gandhi making wise decisions in the face of stress.  Other positive attributes mentioned as a result of stress were: mental toughness, new perspectives, a sense of mastery, strengthened priorities, greater appreciation for life, and an increased sense of meaningfulness.  The “stress is debilitating” condition highlighted harmful effects of stress including athletes underperforming when it mattered most, and leaders like George Bush mishandling the Hurricane Katrina crisis. It’s important to note that both perspectives are supported by research.

What did they find?

Results showed those people had been in the “stress is enhancing” group reported changes for the better in psychological symptoms and work performance over 2 weeks.  In a further study by the same authors, the stress mindset influenced how much cortisol (a stress hormone) was produced by each group.   The “stress is enhancing” group showing a moderate amount in line with boosting productivity.   This group were more open and willing to hear feedback, which is a measure of behavioural flexibility.

If you think about your own ability to absorb feedback when you are stressed out, you’ll usually notice that you are less than keen to hear it!  So changing one’s mindset to a more positive one, even if just for the short term, changes physiology and behaviour – not bad for watching three short 3 minute videos!

The researchers’ concluded that the mindset one adopts when approaching stress is a critical factor in determining whether stress will have debilitating or enhancing effects for individuals.

Similar to the above study, an earlier Harvard University study (2012) set out to determine whether teaching people to view their body’s stress response (pounding heart, shallow breathing, butterflies in the stomach) as helpful, could alter their body’s subsequent response.

There were 3 groups: 1) a reappraisal group, that was told the body arousal during stress wasn’t harmful, and that the body’s response to stress actually aids performance 2) a group told to ignore their stress and focus on something else and 3) a control group who were not given any instructions, but they completed a non-demanding task to control for time.  Each group was then subjected to the same stressful task of doing a speech in front of critical examiners.What they found was that when people were instructed to view stress as functional and adaptive, their cardiac performance improved (blood vessels stayed relaxed rather than constricted) and their ability to focus was improved.  It’s worth seeing your body as your ally when you are under stress so remember “this is my body’s response to stress, it’s energised and gearing up to meet the challenge”.

Our bodies are not harmed by stress and can handle it, like the wings of a plane experiencing turbulence your body was built to withstand great amounts of pressure.

Another positive feature of stress goes against the received wisdom that stress makes us withdraw.  In her TED talk “Make stress your friend” Kelly McGonigal suggests an under-appreciated aspect of the neuro hormone oxytoxin which she talks about as being “as much a part of stress response as adrenaline.”  Oxytocin is pumped out from our pituitary gland when we are stressed and motivates us to seek support by telling someone how we feel instead of bottling up our feelings.  Through oxytocin, our stress response gives us the biological mechanism to create resilience through connecting with those who care about us.

Helping others is key

There has been a lot of effort in the research literature to find out what might buffer the effects of stress.  The amount of social connections (social connectedness) is one area there has been much work on as social isolation is a known cause of dying and disability.


The work that has been done has tried to figure out what elements of social support are important in promoting health, with a lot of energy assuming it is the amount of social support received that is crucial.  But this study from University of Winconsin is the first to show that helping others reduces stress. “In effect, this finding suggests that, among individuals who do not help others, exposure to a stressful life event is associated with 30% increased mortality risk.” Researchers might have gotten it the wrong way round; rather than receiving support, giving support might be central. We need to rethink our messages to people who are struggling and encourage helping behaviour.

Why does it even matter to have a more positive view?

In 2012, a piece of very interesting research was published in “Health Psychology” which showed that if you believed you had been under a lot of stress in the last 12 months, and you believed that stress negatively affected your health, your risk of dying rose by 43%.

This was the first study that linked the perception of stress to health outcomes.

Previous research had looked at how specific stressors such as negative life events or chronic work stress affected health.

The perception that stress affects health is distinct from the amount of stress someone experiences.  For example an individual could report experiencing very little stress but still believe it to have a great impact on their health.  In fact an important part of health psychology is figuring out the extent to which our beliefs impact our recovery from illness.  As an example, research on back injuries has shown that it is not only the amount of objective injury that determines pain and recovery, it is the beliefs about how bad the pain is and how much we fear it.


In the light of this 2012 research, it seems useful, if not crucial, to have other ways of thinking about stress that can optimise our health.  It is after all not the stress itself but the way we view it that matters.  Stress is a given in life and the way to respond to it is succinctly summarised by Kelly McGonigal: “Chasing meaning is better for your health than trying to avoid discomfort. The best way to make decisions is to go after what creates meaning in your life and then trust yourself to handle the stress that follows.”