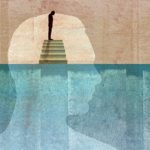 Traumatic events can affect people for decades, causing feelings of intense fear or helplessness. New therapies are helping sufferers deal with the physical consequences of trauma, using novel methods to release distress and move on.

The word trauma has become a part of our everyday lexicon – we have all been witness to it at some stage, whether it be in our own lives or via the regular reporting of it on the nightly news. Difficult and frightening events have always occurred, but today they seem more immediate and research is continuing to discover more about how they affect the way we live. Traditional trauma therapy has focused on talking therapy. This grew out of the official recognition of post-traumatic stress disorder (PTSD), which came about after the Vietnam War when large numbers of returning soldiers reported flashbacks and other symptoms that affected their lives. Researchers discovered that a caring environment – where therapists focused on getting survivors to retell the story of what happened – would help integrate the traumatic memories so that sufferers were less bothered by them. This is still the psychological treatment of choice, but research is now showing that the body itself retains trauma and that this needs to be addressed in addition to talking therapies.

Bessel van der Kolk, psychiatrist, post-traumatic stress researcher and author of The Body Keeps the Score said in a recent interview: “People become living testimonials for things that no longer exist, but they need to hold it in their hearts and minds and bodies and brains … the loyalty to what was just blew me away.”

In this case he was talking about war veterans. But whatever the trauma, it leaves imprints on our minds and brains, immune system and ability to have good relationships with others. Current behaviour, such as an explosive outburst at work, can be a remnant of trauma earlier in life, sometimes unconscious to the person experiencing the symptoms.

When talking about trauma it’s important to recognise two types: childhood experience, often inflicted by a caregiver, and trauma that happens as an adult. More severe and long-lasting symptoms result when one trauma happens on the background of others. Recent comprehensive research in the US has found that experiencing childhood trauma can be a major risk factor, impacting on both mental and physical health.

This finding was reflected in the Adverse Childhood Experiences (ACE) Study, a research collaboration between the US Centers for Disease Control and Prevention and Kaiser Permanente’s Health Appraisal Clinic in San Diego in California. More than 17,000 people who were having a physical examination also provided information about their childhood experiences, which were then used as a resource for further study. The ACE Study findings suggest that certain experiences are major risk factors for the leading causes of illness and death as well as poor quality of life in the US.

This notion that early life experiences can have such profound impact on later adult wellbeing may sound simple but cannot be underestimated. If our early experiences (before age 10, and most critically between birth and three years) were marked by experiences of not feeling safe, then our brains and nervous systems become wired to respond to that – they become extremely hypervigilant/anxious or there is a total disconnect from feelings. There is clearly a “history” that we hold within ourselves that can impact on our present.

Have you ever gone to your doctor or another practitioner feeling down, anxious or stressed? You may have asked, “What’s wrong with me?” Trauma-informed care, a recent and much welcomed advance in psychological/medical understanding, is about asking not what’s wrong with you, but rather what happened to you.

This is not about giving everyone a victim role, but people are far more likely to be able to move beyond their trauma if it is acknowledged and understood. Treatment of trauma allows the person to see themselves as having adapted and survived, rather than as broken and needing fixing. This recognition is part of the treatment.

What can happen with trauma is that we disconnect from our bodies. The helplessness and overwhelming feelings can make it more adaptive to metaphorically jump out of our bodies to survive. This is done automatically. Often when people have been through trauma they berate themselves on “freezing” when they were under threat. Understanding that your body did what it needed to do so you could feel safe can be a relief. When trauma happens, the brain registers it on an emotional level in the amygdala and limbic system, not through conscious processing. The nature of trauma is that you don’t have access to it as a story, you have to piece it together bit by bit like a jigsaw. “The body has been reset to interpret the world as a terrifying place and yourself as being unsafe,” van der Kolk explains. In other words, you can’t think your way out of it.

Have you ever had the experience of having a big reaction to a seemingly small event? For example, it might be that in hearing two adults have an argument, you feel extremely anxious. This reaction seems out of proportion until you realise you witnessed your parents fighting for years before an acrimonious divorce. When you have a massive emotional response to everyday situations, what is being evoked is largely to do with the past rather than the present situation.

Many people try and speak rationally to themselves in these moments (“calm down, it’s just an argument”), but your body has been triggered into a fight or flight response and has shut down the thinking part of the brain. What’s needed is a way of accessing the emotional brain so that the fight/flight response is turned off.

Getting back in touch

Trauma treatment starts at the foundation of a body that feels safe. Techniques like the ones a parent uses to comfort their child, such as rocking, holding, smiling, soothing through voice and singing, can be used to help connect to a sense of safety. Any therapy relationship starts from a similar point: being seen, heard, understood – first at a non-verbal level which establishes safety, and then at a verbal conscious level.

Slow, mindful movement, feeling the sensations of the body, is an important part of working through trauma. Trauma-informed yoga and other approaches like somatic experiencing, eye movement desensitisation and reprocessing (EMDR) and others can help access areas of the brain that language and cognition can’t reach.

Often our bodies are frozen in the moment of terror or just before it, and there is unresolved energy locked within the body, as if the person is preparing to relive the experience time and time again. By focusing on safety, really feeling what the event like, letting it sink in (just thinking about it often isn’t enough) and noticing the sensations that accompany safety, you start giving your body another message: “The trauma is over, I survived and am safe again.”

Recognising that trauma behaviours were adaptive when they first started puts the focus on the person’s strengths. Identifying resources both internal and external is a very important component for healing.

Dr van der Kolk has worked in this area for more than 30 years and has witnessed the impact of trauma on the human spirit. “I think trauma really does confront you with the best and the worst. You see the horrendous things that people do to each other, but you also see resilience, the power of love, the power of caring … And in some ways, I don’t think you can appreciate the glory of life unless you also know the dark side of life.”